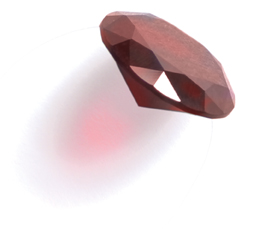 Phoenix Jewels tells you all you need to know about

gemstones and gemstone jewelry - from precious and semi-precious gems to the meaning behind your birthstone.

Gemstones in their many shades of color have fascinated mankind for thousands of years. The mesmerizing shades of precious gemstones span the color spectrum and beyond. From the rich hues of glamorous rubies, emeralds and sapphires to the milky color flashes of opulent opal. From Tanzanite's blue, violet and brown tones to mystical allure of midnight Onyx - the personalities of gemstones are as alluring and different as the people that wear them.

Once colored gemstones were divided into two categories - Precious Gemstones, which included rubies, emeralds and sapphires and Semi-Precious, all other colored gems. Today though all colored gemstones are called 'Precious' - no longer is one believed to be more precious than the other. While the big three (Rubies, Emeralds and Sapphires) are the most well-known, they're by no means the most rare or expensive - gems such as Amethysts, Aquamarines, even rare Tourmalines are up there in the price-stakes.

The price though of gems depends very much on their color intensity and clarity - some less well-known gems can sell for hundreds of thousands a carat...

Gemstones though aren't just about color. The ancients attributed magical, mystical powers to each stone, and believed that many of them could cure specific ailments. Even today many gemstones are used in healing methods- a truly multi-purpose gem. From a stunning jewel - to a source of health - find out which gemstone suits your soul and just what powers your birthstone holds.